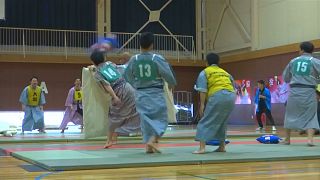 OTHER SPORTS JAPAN FUNNY THINGS
Now playing Next
no comment