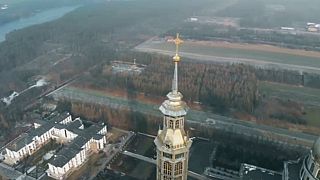 Released over the weekend, the film entitled 'Tell No One' reportedly shows how abusive priests ruined the lives of victims and faced no consequences in Poland.

The Catholic Church's links to the political establishment in the country and its influence over the education system, culture and lawmaking means the scandal is quickly becoming a political issue.

Polish Prime Minister Mateusz Morawiecki said yesterday that a public inquiry on paedophilia is being launched: "A state committee to examine all paedophilia cases will be set up. I want to stress that Law and Justice government is a guard, a guarantor of physical security of children, of families” He added: “Our party has sought for many years to tighten the penalties for the most bestial, terrible crimes, also for the paedophilia crimes without excluding the Church, without excluding clergy, without excluding all the circles: teachers, artists, everywhere where there is contact with children, carers, coaches."

But the links between the Law and Justice ruling party and the Roman Catholic Church run deep in Poland. The party has a tight alliance with the clergy and many priests, especially those in smaller towns and villages, often openly backing the party.

The documentary is potentially a turn off to voters as it has been viewed over 10 million times in its first two days, only days ahead of the EU elections. Macin Zaborowski is a Senior Associate and Political Analyst at Visegrad Insight. He said: “I think it will damage Law and Justice (party)… they are trying to distance themselves from the Catholic Church but I think it will affect their voting score for the European elections and later for Poland’s national elections.”

Watch Good Morning Europe's report on the new sex abuse scandal in Poland in the player above.