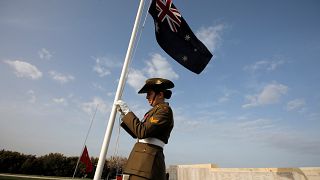 Every year, Australians and New Zealanders travel to Turkey for memorial services commemorating the failed 1915 military campaign by ANZAC (Australian and New Zealand Army Corps) and allied forces to drive Ottoman troops from Gallipoli and the Dardanelles region.

This year's ANZAC service takes place a month after Turkish President Recep Tayyip Erdogan faced criticism from Australia and New Zealand for comments he made after a lone gunman killed 50 people in two mosques in Christchurch on March 15.