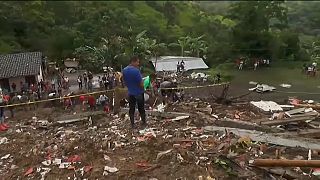 A landslide caused by heavy rains took place in the early hours of Monday morning in a rural area of Rosas municipality in Colombia.

At least 14 people have been killed. Five people have been hospitalised and rescue operations are ongoing. At least eight houses have been damaged and a portion of the Pan-American Highway is blocked because of the landslide.

Landslides are common in mountainous Colombia, especially during rainy season and in areas where precarious informal housing and narrow roadways are constructed on deforested Andean hillsides.