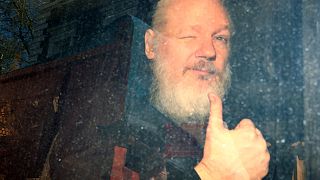 The European Union has granted considerable greater protection to whistleblowers under a new landmark law.

The new legislation approved on Tuesday is aimed at encouraging reports of wrongdoing and is thought to create ways of shielding whistleblowers from forms of retaliation if they decide to go public. So-called 'safe channels' have been set up to allow them to report breaches of EU law.

As up until now the rules have been under the power of individual EU member states, a vast range of different approaches are currently being taken. But from now on, if no appropriate action is taken when a complaint is made - or in cases where reporting to the authorities do not work - whistleblowers will be able to make public disclosures. Importantly, this includes openly speaking to media outlets.

EU legislators passed the law less than a week after the controversial arrest of Wikileaks’ founder Julian Assange at the Ecuadorean embassy in London. MEPs were divided over Assange’s arrest with some describing him as a champion for press freedom and others calling him an ‘ambiguous character who played a dirty game.’

One former Nobel Peace prize winner Mairead Maguire defended Julian Assange's as she collected a whistleblower's award on his behalf at the European Parliament.

Speaking in Strasbourg, Maguire said: ‘Julian Assange has done a great service to the whole of humanity. He told us exactly what was happening in Iraq, Afghanistan, where civilians are being killed through war. And we have the right to know that. So, he revealed to us the horrors of war carried out in our name by the US, NATO forces. And because he told the truth to the world he is being punished and silenced.’

READ MORE: EC outline initiative but no comment on how this applies to Assange