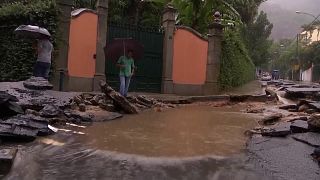 Heavy rains killed at least ten people in Rio de Janeiro on Tuesday and left the city plunged in rubble and mud. Local authorities estimated that at least 152 millimetres of rain fell in just four hours on Monday night.

The intense torrents of water caused landslides and many vehicles were buried under the rubble.

Although the rains weakened slowly on Tuesday night, Mayor Marcelo Crivella said the city was still in "crisis" mode, the highest of the three levels.

Schools were closed and people were urged to avoid non-essential traffic until further notice.