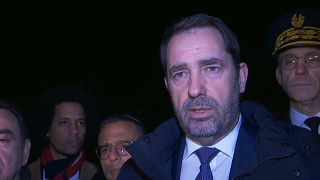 Anti-semitic acts in France rose by 74 percent last year, the French government has said. 541 such incidents occurred in 2018.

Yesterday the French Interior minister visited a Paris suburb where a tree in memory of a young Jewish man who was tortured to death in 2006 had been chopped down. Christophe Castaner said "anti-semitism was spreading like poison".

Euronews’s Damon Embling told Good Morning Europe that acts of anti-semitism are now so prevalent that it’s believed many incidents are simply not being reported.