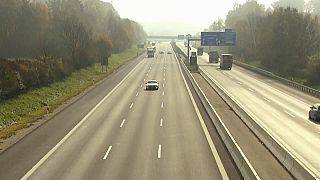 German Transport Minister Andreas Scheuer has weighed into the debate about introducing speed limits in Germany, saying such a move would be against "common sense".

Germany's autobahns are famous for having no speed limits but a leaked parliamentary committee report appears to suggest bringing in a limit to 130 kilometres per hour.

Furthermore, despite Mr Scheuer's intervention, 52% of those polled agreed that speeds of between 120 and 140 kph (75 to 87 miles per hour) would be appropriate to help tackle climate change, according to a survey by the Emnid Institute survey, published by the Bild am Sonntag newspaper. 46% opposed limits. German tabloid Bildt is also against limits, describing the autobahns as "a symbol of freedom"

The deputy head of Germany's Police Officers' Union, Michael Mertens has voiced his support for a limit on Friday, calling it "crazy" that some people legally drive at 200-250 km/h. He said one in four road deaths could be prevented and tailbacks reduced if a 130km/h limit was imposed.

Germany could be hit with heavy EU fines if it fails to reduce emissions of greenhouse gases and nitrogen oxides. Transport emissions, which have not fallen since 1990, are a particular target for reductions.