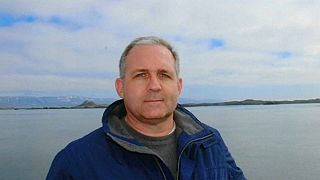 Paul Whelan, a British national and former US Marine held in Russia on suspicion of spying, will remain in pre-trial detention until the end of August, a Moscow court ruled on Friday.

The US embassy in Moscow swiftly expressed its disappointment on Twitter and said there was "no evidence of any wrongdoing".

"We would like to see the court take this reasonable step and stop this futile 'investigation'," the embassy added.

At the court hearing, Whelan said the case against him was politically motivated and accused Russia of using it as revenge for US sanctions, local news agencies reported.

The US embassy said it was extremely concerned after Whelan said earlier he was being subjected to threats and humiliation by a security service investigator.

Whelan requested the court to have the investigator removed from his case but the judge said this wasn't allowed under Russian law.

Who is Paul Whelan and what is he accused of?

He was detained in a Moscow hotel room on December 28 and accused of espionage, a charge he denies. If found guilty, he faces up to 20 years in jail.

Whelan was in Russia to attend a wedding, according to his family. According to his service record, he joined the Marine Reserves in 1994 and became a staff sergeant in 2004. He served in Iraq for several months in two separate phases in 2004 and 2006.

He was convicted in a 2008 court-martial on charges related to larceny and received a bad-conduct discharge. Details of the charges were not given.

In response, his twin brother David Whelan said: "we all hide things that don't reflect well on our better selves and I think I was disappointed that Paul had not left the Marines under a normal discharge," he told Euronews in January.

He adds that the family is "disappointed" that Whelan was denied bail but stand firm that he's not a spy.

"While we still lack any details from the Russian government about why Paul is thought to be a spy, and who provided him with the alleged state secrets, we are certain that he was entrapped and is not guilty of espionage," Whelan said in an e-mailed statement.

Whelan was detained moments after being handed a USB drive he believed contained cultural information but which turned out to contain secret files, his Russian lawyer Vladimir Zherebenkov, said.

He went on to say his client did not have the opportunity to open the device to check the contents before he was detained.

Zherebenkov told Euronews earlier this year that he is not convinced by the details of the case against Mr Whelan thus far.

His family expressed their concern over Whelan's health and limited ability to communicate with prison medical staff due to a language barrier. In addition, they're frustrated with the lack of consular access Whelan has been able to receive.

The family has started a GoFundMe page to help with Whelan's legal fund.

Watch Galina Polonskaya's report in the player above.