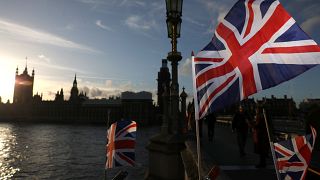 It's been one hundred years since the Qualification of Women Act gave women the right to stand for election as a Member of Parliament in the United Kingdom.

To mark the event, women from across the country were invited for a parliamentary reception and panel discussion, co-hosted by Rt Hon Harriet Harman MP and Vicky Ford MP.

However, in that 100 years there have been only 491 women who have gained seats at Westminster, compared to 4503 men.

“We are still far from achieving the 50-50 balance that we are campaigning to get," Dolly Theis, Director of #AskHerToStand told Good Morning Europe.

Theis said that there are several challenges women face, including structural problems and issues with confidence.

"[Women] if they have seven out of eight skills, they won’t think that’s enough, whereas, men if they even have one of those eight, will probably still go for the position." said Theis.