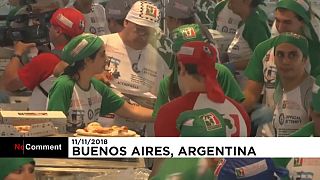 More than 3 tonnes of flour, 2.7 tons of mozzarella and 88,000 olives were used during the cooking feat, according to organisers.