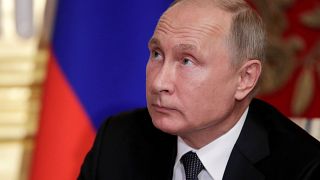 Russia operates with "a feeling of impunity," the new statement said. Hunt was also clear that all of this was done at the direction of Vladimir Putin's Kremlin — a remarkably direct accusation.

“The GRU’s actions are reckless and indiscriminate: they try to undermine and interfere in elections in other countries; they are even prepared to damage Russian companies and Russian citizens," said the statement. "This pattern of behaviour demonstrates their desire to operate without regard to international law or established norms and to do so with a feeling of impunity and without consequences. Our message is clear: together with our allies, we will expose and respond to the GRU’s attempts to undermine international stability.”

Relations have been progressively worsening between the two countries since the poisoning of former Russian spy Sergei Skripal and his daughter Yulia in Salisbury in March. UK Prime Minister Theresa May has called out the Russian government on multiple occasions, including at a UN Security Council meeting and at the UN General Assembly last month.

Vladimir Putin's initial response was that there was no substance to the British accusations, that the two men named were civilians and they claim to have been visiting Salisbury on holiday together.

The cyberattacks the foreign office is pinning on the GRU include the hack on the Democratic party's files during the 2016 US election and the leak of the medical information of high profile athletes. The statement also named hacking groups it says are run by Russian intelligence services, including one widely thought to be run by ISIL. They are:

It's all in an attempt to pull shadowy Russian operations into the light in the hopes of some kind of justice — EU arrest warrants have been issued for the two men accused of the poisoning, but it's unlikely they'll ever set foot in any EU country again, and Russia doesn't extradite its nationals as a rule, so the prospect of the perpetrators facing any repercussions in slim. Speeches, statements, and specific accusations is all that's available to the British government.