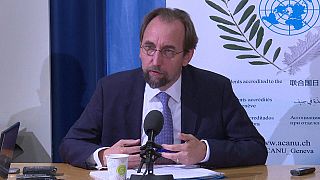 Zeid Ra'ad Al Hussein to be replaced by Michelle Bachelet

He was known for his fiery rhetoric. He accused US President Donald Trump of 'driving humanity off a mountain' and called Hungary's Prime Minister a 'racist'.

During his time as high commissioner Zeid Ra'ad Al Hussein surprised many with his outspoken views.

“As a high commissioner I think many had low expectations when he was appointed and many of those who did have those low expectations have been very surprised in a good way,” said Professor Rosa Freedman, she's Director of Global Development Division at the University of Reading in the UK.