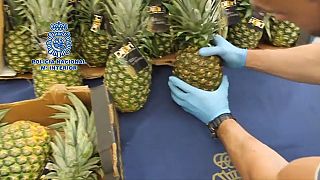 Watch as the EU flag arrives at the Ukrainian parliament

Couple among first to wed as same-sex marriage becomes legal