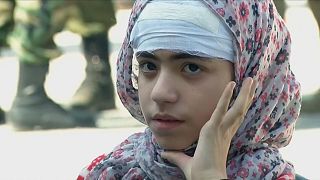 Finally, thousands of children and the sick needing medical treatment are leaving the rebel enclave in Syria’s Eastern Ghouta.

It’s the first medical evacuation since the massive assault a month ago.

The enclave is home to nearly 400,000 people and been under army siege since 2013 without enough food, water or medicine.

More than a thousand people have been killed in the recent attack, according to the United Nations.

For months, the UN has pleaded with authorities to allow the evacuation.

Meanwhile, Russia has offered rebels safe passage with their families, if they surrender the territory.