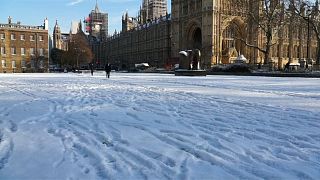 Persistent snow and freezing conditions from a Siberian cold snap are causing transport delays in many parts of Britain and mainland Europe, with roads and train services hit particularly hard.

Many rail systems were disrupted, in the northern and eastern parts of Britain on Wednesday, and several lines of London's subway system were experiencing severe delays, including the Piccadilly Line that links central London to Heathrow Airport.

Emergency officials said many drivers had to be rescued from stranded vehicles, while hundreds of schools were shut for a second day in a row.

The weather also forced a number of hospitals to cancel elective procedures and outpatient care.