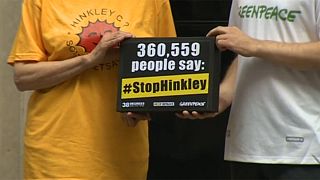 The plant is financially backed by China and built by France’s EDF utility company.

British Prime Minister Theresa May has given the go-ahead for the 18.1 billion pound deal (21 billion euro).

It will be the first nuclear reactor to be built in Britain in decades and is causing a stir among environmental campaigners.