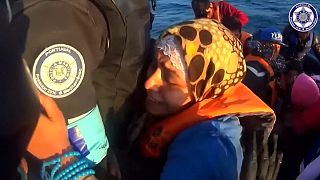 Portuguese Maritime Police rescued 38 migrants including several babies and infants from a dinghy in the Aegean sea on Sunday (September 4).