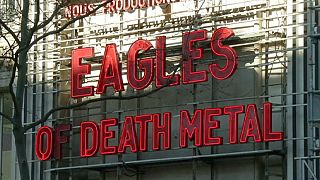 Updated: 17/02/2016
<p>Preparations were underway in Paris on Tuesday (February 16) for a highly charged concert by Eagles of Death Metal. The US rock band’s show in the Bataclan concert hall was among the targets of the November, 2015, deadly Paris attacks.</p>
no comment