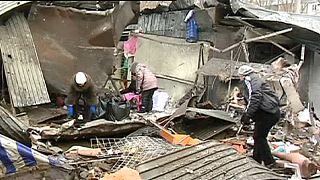 At least two people were killed and several injured when various parts of separatist-controlled Donetsk in Ukraine were shelled on Monday (January 19).

According to local residents, at around 5 am a shell hit a market in the southeast of the city, killing a passer-by and injuring at least two people.