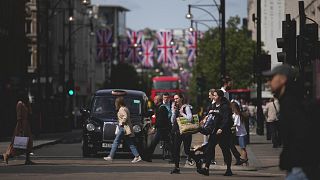 VAT-free shopping in the UK is gone for good, it has been announced. It was scrapped after Brexit at the start of 2021 and then brought back. But the UK’s Chancellor has now confirmed it will not return.

The perk made shopping in the country 20 per cent cheaper for international visitors. It allowed them to get a refund on value-added tax (VAT) on items bought in high street shops, at airports or at other departure points from the UK and exported in their own personal luggage.

When the UK left the EU in 2021, then Chancellor Rishi Sunak ended tax-free shopping. The perk was reintroduced as part of Kwasi Kwarteng’s mini-budget in September - a move that was welcomed by tourism bosses in the country.

Last week, Kwarteng was fired by Prime Minister Liz Truss and Jeremy Hunt appointed as Chancellor. On Monday, Hunt reversed many of the economic measures introduced as part of the mini-budget - including the VAT-free shopping scheme for non-UK visitors.

The government says that scrapping the scheme will save the UK around £2 billion (€2.3 billion) a year.

But travel and retail chiefs say that it is a “hammer blow” for tourism in the UK.

According to the UK’s Association of International Retail (AIR), Britain is now the only European country that doesn’t offer tax-free shopping to international visitors.

“It’s no surprise that high-spending international visitors are deserting Britain and spending their money elsewhere in Europe,” AIR says.

It’s no surprise that high-spending international visitors are deserting Britain and spending their money elsewhere in Europe.

It adds that, far from costing the UK government money, reintroducing the scheme would be more likely to result in a net positive for the treasury and a boost to British businesses.

“The decision to reverse plans to reintroduce VAT-free shopping for international visitors will come as a hammer blow to UK tourism and the British High Street,” says Joss Croft, CEO of UKInbound, a trade association that represents the interests of the UK’s inbound tourism sector.

“This short-sighted move is based on incomplete, one sided and unrealistic projections and risks putting a brake on the return of international visitors who are vital drivers of economic growth throughout the UK.”

Croft adds that the Chancellor should commit to a full analysis of the costs and benefits before deciding on the future of tax-free shopping. He says that it is a key motivator for tourists when choosing where to visit.

Mayor of London Sadiq Khan has also slammed the treasury’s decision, saying it is “wrong” to scrap the reintroduction of tax-free shopping for tourists.

“This is something I have repeatedly called for to help boost sales and growth and to make London and the UK a more attractive place for international tourists to visit, bringing in far more money to the Treasury than it costs.”