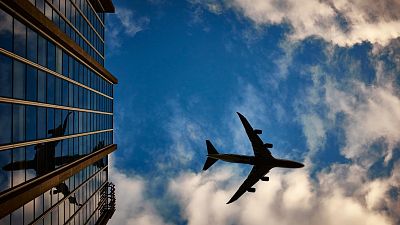 Kelly Pichardo and another first-class passenger intimidated crew members and passengers on the flight.   -   Copyright  Canva
By Angela Symons  with AP  •  Updated: 13/09/2022

A New York woman has been sentenced to four months in prison following an altercation on a plane.

The aircraft had to be diverted to Phoenix, Arizona, as a result of the incident, which took place aboard a flight from Dallas to Los Angeles last year.

According to federal prosecutors, Kelly Pichardo and another first-class passenger intimidated crew members and passengers on the flight. Both women had to be removed from the plane after it landed at Phoenix Sky Harbor International Airport on 24 February 2021.

Authorities say the women each assaulted a passenger during the flight and used racial slurs when a male passenger asked them to stop.

Pichardo also allegedly spit at the man when he tried to record the altercation.

The case was investigated by the FBI and Phoenix police, and the two women were indicted for disorderly conduct for verbally and physically assaulting other customers and flight crew members.

Prosecutors said Pichardo, a 32-year-old resident of the Bronx, has been ordered to pay nearly $9,200 restitution to American Airlines as a result of the altercation.

The other female passenger involved in the incident has pleaded guilty and will be sentenced in November.