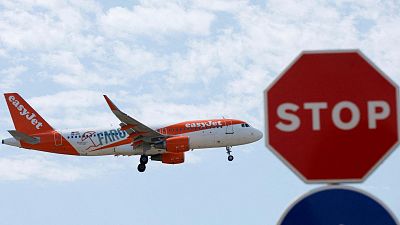 EasyJet pilots in Spain will walk out for nine days this month over pay and working conditions.

Today (12 August) marks the first of three 72-hour strikes. The Spanish Union of Airline Pilots (SEPLA) said further walk outs will place from 19 to 21 and 27 to 29 August. It is demanding that working conditions for pilots are restored to what they were before the COVID-19 pandemic.

The union is also asking easyJet to provide its pilots with new multi-year contracts.

“This is the last possible recourse, as all attempts by the pilots’ representatives to reach an agreement have failed,” SEPLA said.

It added that representatives called the strike after more than six months of negotiations, during which easyJet rejected three proposals presented by the union. SEPLA claims conditions for Spanish pilots have always been worse than they are in the rest of Europe.

EasyJet said it was “disappointed with this action at this critical time for the industry,” adding that negotiations were ongoing.

The low-cost airline also told Reuters it was aware of an upcoming pilot strike at its bases in Barcelona, Malaga and Palma.

Are other airline strikes happening in Spain?

Airlines are facing waves of industrial action during the busy summer season as passenger numbers return to what they were pre-pandemic amid staff shortages. The cost of living crisis is also driving workers to call for better pay and working conditions.

Last month, Spanish cabin crews for easyJet called off a three day strike planned for 29 July. They reached a deal with the airline which included higher pay according to Unión Sindical Obrera (USO).

The union said the agreement “does represent an important approach to the salaries and conditions that our colleagues have in Europe”.