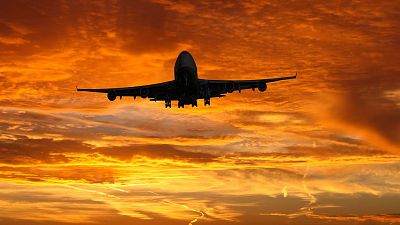 Airports must fast track security clearances for new workers or face severe delays all summer, the trade association for the world’s airlines has urged,

Thousands of passengers across Europe have had flights cancelled in recent weeks, or have missed take off while waiting in nightmare queues.

Understaffing is the root-cause of the chaos, but security clearances for new workers are taking up to six months to process.

Yesterday, the International Air Transport Association (IATA) - a trade body representing 290 airlines and 83 per cent of the world’s air traffic - called for security processes to be fast tracked. Its members include heavy hitters like British Airways and Singapore Airlines.

“The peak northern summer travel season is fast approaching, and passengers are already experiencing the effects of bottlenecks in getting security clearances for staff at the airport,” said Nick Careen, IATA’s Senior Vice President for the Operations, Safety and Security.

“Additional resources are needed to accelerate the processing times for employment security clearances which can be as much as six months in some markets.”

While airports can spend money to clear the security backlog, governments also have a role to play.

In the UK, transport secretary Grant Shapps recently announced that new hires to the aviation sector would be permitted to begin training before passing security checks.

IATA also outlined longer term solutions to the bottlenecks. Here’s what they think should be done to prevent more queuing horrors next summer.

How to fix the airport crisis

The shortages are largely down to the pandemic when the global airline industry made more than four million workers redundant.

Now, as many people book their first holidays since the onset of the pandemic, there aren’t enough staff to meet demand.

However, it’s always been a challenge to maintain a “stable talent base in ground handling,” Mr Careen said.

To fix that, airports need to turbocharge recruitment.

“[The industry needs] an awareness campaign to highlight the attractiveness and importance of ground operations in global logistics and transport operations,” IATA suggests.

They also urge airports to adopt policies to address gender imbalance in the industry, and offer apprenticeships in trade schools to “revitalise candidate pipelines.”

How to keep staff from quitting

Many airport and airline staff are deeply dissatisfied with their working conditions. Across Europe, thousands of aviation workers are threatening industrial action over low wages and a lack of job permanency.

Staff at Heathrow, Schiphol, and Dublin airports - three of theterminals worst affected by the crisis- are all campaigning for wage increases.

Instead, the association calls for the “standardisation” of ground operations across airports and “training passports.” This would allow workers to relocate more easily if they wanted to.

“An industry wide approach to lay the foundations for more efficient talent recruitment, onboarding and retention will pay big benefits in terms of efficiency for all concerned,” Mr Careen said.

“The potential is to shift working in the sector from having a job to developing a career.”

The association also called for the automation of more airport processes.