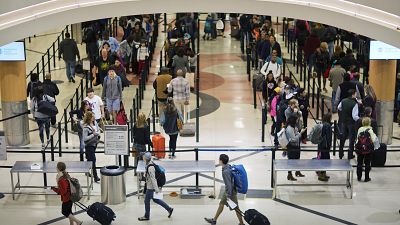 The fee for foreigners to enter the United States is about to increase by 50 per cent.

The US Customs and Border Protection (CBP) has announced an increase in the fee for inbound travellers entering the US using the Electronic System for Travel Authorisation (ESTA).

It is the first time the cost has risen since 2015.

What is the ESTA?

The ESTA was set up in 2008 as an automated system to establish the eligibility of visitors to travel to the US using the Visa Waiver Program (VWP).

Forty countries, including most European countries, participate in the VWP. This permits business travellers and other visitors to enter the US for stays of a maximum of 90 days without needing to get a visa.

The CBP uses the ESTA to determine if visitors qualify for visa-free entry. The authorisation issued by the CBP is valid for two years.

When can you apply for an ESTA?

Travellers can file an ESTA application at any time in advance of their trip, meaning those that apply soon can avoid the fee rise.

The CBP recommends applying at least 72 hours before a trip although it can be done any time prior to boarding.

How much will it cost to enter the US?

When does the ESTA fee increase come into effect?

The CBP has confirmed that the fee rise will come into effect in just two days, on 26 May.

The increased charge is set to remain in place until 2027.