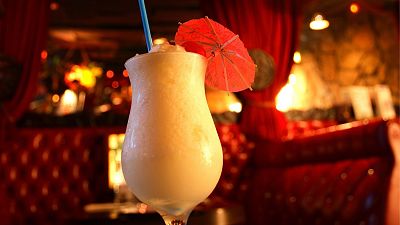 Today is National Piña Colada Day in Puerto Rico, the birthplace of this much-loved cocktail. The island was officially given that title back in 1978, when it was recognised for being home to the key ingredient Bacardi - and as the world’s overall largest exporter of rum.

If you like piña colada, head to Puerto Rico

Cocktails command a leading role in Puerto Rico’s gastronomic narrative. The piña colada hails from capital city San Juan, but the identity of its inventor remains a mystery on the island.

In 1978, the piña colada was declared the official drink of Puerto Rico. In 2004, Caribe Hilton Hotel was presented with a proclamation signed by Puerto Rico’s Governor Sila María Calderón in honour of the 50th anniversary of the beverage.

Where to go in Puerto Rico for the perfect piña colada

Despite contesting origin stories dating back to the 1960s, both the Caribe Hilton Hotel and Barrachina Restaurant in Old San Juan serve up exceptional piña coladas for parched travellers.

There are also numerous distillery tours for visitors who want to try a tipple in the tasting rooms, learn the craft behind the mixology and discover the art and history of the Island’s staple spirit: rum.

In the city of Ponce in southern Puerto Rico, travellers can find the Castillo Serrallés Museum, a 1930s Spanish Revival-style home built by the Serrallés family of DonQ rum.

For an experience closer to San Juan, head to the iconic Casa Bacardi, also known as the ‘Cathedral of Rum’.

The island has a cafe culture that dates back over 100 years. The family-owned Hacienda San Pedro plantation sits high up in the leafy valleys of the Jayuya, an area with high rainfall, cooler temperatures and a rich combination of soils, providing the perfect environment for artisan coffee cultivation.

Run by Roberto Atienza, the plantation still uses the same century-old coffee-drying drums once used by his grandfather.

Today, visitors to the hacienda can tour the fields, sample the coffee, learn about Puerto Rican coffee heritage at the museum and take home a bag or two.

Unsurprisingly, Jayuya is home to a number of stellar haciendas and cafes, including Café Tres Picachos and Café Nativo, both of which are situated in lush landscapes and offer spectacular views.

For those keen to test their mixology skills, the original piña colada recipe by Caribe Hilton can be found here:

the ice and blend until smooth for about 15 seconds. Serve in a 12-ounce glass. Garnish with a fresh pineapple wedge and a maraschino cherry.

A guide to the most expensive mountain climbs in the world