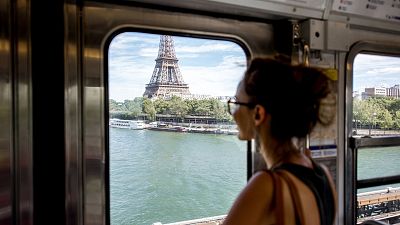 A night train service from Paris to Nice will resume on Thursday three years after it was cancelled over lack of customers, with the French government keen to promote a "virtuous mode of transport".

The train will depart the Paris Austerlitz station at 20:52 and arrive at 09:11 in the coastal city of Nice. Prime Minister Jean Castex will be onboard the inaugural 12-hour journey.

The launch - originally scheduled for April 16 but postponed due to the pandemic - aims to "highlight a virtuous mode of transport that contributes to the opening up of the regions," a source close to the prime minister told AFP.

The service was cancelled in December 2017 due to a lack of profitability but the government has earmarked €5.3 billion for the rail sector as part of its recovery plan, including €100 million for night trains.

It has also demanded that Air France reduce domestic flights for journeys that can be done in fewer than two and a half hours by train as a condition for its €7 billion bailout.

There are currently only two night trains circulating around France. Transport Minister Jean-Baptiste Djebbari said earlier this year that the government's ambition "is to have ten or so night trains by 2030."

The government has earmarked €5.3 billion for the rail sector as part of its recovery plan,

A night service between Paris and Tarbes, in southwestern France, is expected to start at the end of the year.

The redevelopment of night trains was one of the proposals from the Convention Citoyenne pour le Climat - a citizen assembly tasked with coming up with ideas to accelerate France's decarbonisation in a fair way. It was created after the government's plan to increase taxes on petrol and diesel sparked the Gilets Jaunes (Yellow Vests) protest.

Faroese officials to 'look closely' at dolphin hunts after slaughter

Putin urges Russians to vote as general election gets under way