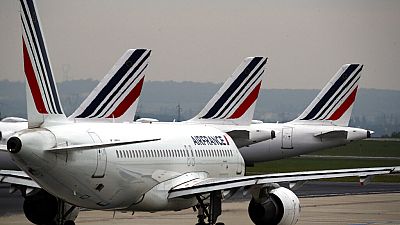 France has suspended all flights to and from Brazil amid fears over the new coronavirus variant that has emerged there.

“We note the situation is getting worse,” says France's prime minister Jean Castex. “And so we have decided to suspend all flights between Brazil and France until further notice.”

The new strain, known as P.1, was identified in travellers from Brazil who were tested upon arriving at an airport in Japan in early January.

It has gone on to cause devastation in Brazil, where many hospitals and cemeteries are at capacity and the officially recorded death toll from COVID-19 has soared from 200,000 to more than 350,000 since the start of the year.

There has been scant research published on the P.1 variant so far but it is thought to have changes in the spike protein that make it more infectious than the original virus.

France announced the detection of four cases of P.1 infection within its borders in early February. In parliament on Tuesday, health minister Olivier Veran said the Brazil and South Africa variants were now responsible for around 4 per cent of all French infections - down from 6 per cent a month ago.

By contrast, he said, more than 80 per cent of new infections in France were now from the variant first identified in England last September.

“Proportionally, we are seeing a retreat of these variants because they are less contagious than the English one," Olivier Veran says.

Before the ban was announced, travellers from Brazil already needed to show a negative test before their departure and upon arrival in France, and then to quarantine for 10 days.

But the government has been facing mounting calls from health experts for a flight suspension to further limit potential spread.

France has recorded 5.1 million coronavirus cases since the pandemic began, the highest number in Europe, and more than 99,000 deaths from COVID-19. die in the pandemic. The country is currently struggling with another wave of infections putting hospitals in Paris and elsewhere under strain.

Vaccinated tourists can now visit the Seychelles without quarantining