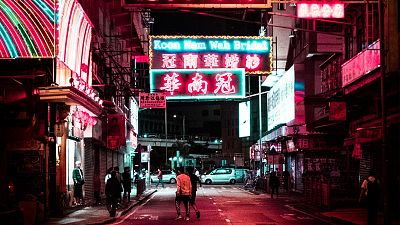 It all started with the Shanghai Planning Commission’s launch of a project titled ‘One City, Nine Towns’ back in 2001. China’s tourism industry decided it would benefit from big budget investment into recreating some of Europe’s most iconic and authentic towns and cities.

A visit to the city of Shanghai could now, in theory, also include a trip to the likes of Amsterdam, London and Paris. The government’s expectations were big - the division of suburban Shanghai into European “towns” would alleviate civil pressures from its centre, building new economies and encouraging tourism across the entire district.

Other parts of the country got a taste of this ambition and followed suit, with housing developments emulating that of quaint Swiss towns and Italian shopping promenades.

What was once a tourism plan so bold in scope it was unfathomable to other continents fell victim to its own hype. Tourists were left underwhelmed by the strange iterations of the world’s favourite destinations, settings that felt more akin to film production lots.

Things grew strange very quickly. Some believe the developments are better described as failed theme parks - after all, China is believed to house over 1,600 unprofitable attractions of this kind.

Billions of yuan have been wasted on China's very own mini-Epcot's; places that now exist as ghost towns at worst and lukewarm photo opportunities at best. To this day, experts aren’t really sure how it happened.

We take a look at some of China’s most renowned recreations from that period.

Inspired by: Amsterdam, The Netherlands

Dutch architectural firms were enlisted to evoke Amsterdam's original magic in Gaoqiao’s own “Holland Town”, to no avail. One of the responsible designers was quoted in a retrospective on the project saying it was developed under huge pressures, resulting in complications and compromise.

Gaoqiao’s impressive canal-side windmill definitely had the potential to create a draw for visitors, but many of the red bricked cottages didn’t manage to sell.

China’s take on England’s capital city cost an eye-watering €642 million to produce back in 2006.

The cobbled streets and telephone boxes of Shanghai’s Thames Town weren’t enough to retain the interest of Chinese tourists. Originally intended as a traditional medieval market town, property in the area sold like hotcakes. The identity crisis of the surrounding area proved to be disappointing, with many of the surrounding commercial spots rapidly vacating as a result.

10 years later it was declared a ghost town by CN Traveller.

The original Hallstatt is the epitome of a fairytale town. It’s no wonder officials in Guangdong wanted to represent a traditional aesthetic cross-continentally.

A drastic change in landscape didn’t sit right with the wealthy inhabitants of Boluo County. Members of the original Austrian town viewed the project with complete scepticism - they hadn’t been informed about the true scale of the project when it was half-complete.

But the mayor of the original Hallstatt soon saw the copycat town as an opportunity. He ended up visiting the opening ceremony in 2012 to formally establish a cultural exchange.

The world isn’t short of Eiffel Tower remakes, but Tianducheng's restyled Parisian centre gets full marks for effort. Standing over 100 metres tall, the structure became central to the district’s miles of French-inspired housing and landscaping. It even has its own Champs-Élysées.

Nicknamed “Paris II”, Tianducheng hasn’t quite given up on not becoming a ghost town just yet. Original low occupancies of 2,000 residents upon launch have steadily increased to 30,000 as recently as 2017. It is one of the only developments of its kind to warrant building expansions rather than demolitions.

Labelled by China’s Global Times as a puzzling entry into “faux foreign appeal”, Beijing decided to get in on the action a decade later than most and knew there were risks.

Tonghui Town sits near Beijing’s Central Business district and was once filled with facades mirroring a conventional Swiss market street. Visitors could explore a range of bars and shops targetted towards the capital's artsy types.

Now? It lies enclosed in a green fence. People wishing to tour its eerie enclaves must request special permissions from an area manager.

One of the managers in charge of overseeing the success of the area attributed its losses to “a failure in branding”, but the writing was on the wall from the start. Chinese tourists aren’t interested in visiting Europe when there is so much of China’s own culture to explore.