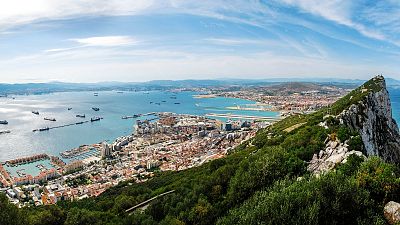 With its red telephone boxes and post boxes, as well as branches of popular British supermarket Marks & Spencer's and restaurant Pizza Express, there’s a feeling of being in a sunny version of the UK when visiting Gibraltar.

"Gib," as some locals call it, has been British for over three centuries and wears its sensibilities on its sleeve.

However, there’s one key thing at the moment that sets it apart from its UK counterpart: life is already starting to get back to normal. Having vaccinated over 80 per cent of its population, everyday life in the territory is returning to pre-pandemic norms with mask-wearing and other restrictions also being eased.

It’s for this reason that Gibraltar is being widely tipped to be among the "green list" destinations, along with other countries like Israel (whose vaccination programme has been widely praised), in the UK’s new traffic light system.

While most airlines have curtailed their schedules amid the ongoing pandemic, there are still some flights operating between Gibraltar and the UK. With the new system expected to be in place for May 17 when it’s hoped international travel will resume, flight schedules are likely to be extended.

On what could be a limited list of foreign destinations, Gibraltar, given its status within the UK and its location on the Mediterranean, is fast becoming the place to go this summer.

Flying into Gibraltar Airport sets the seal for what is already a unique city break by most standards. Besides the aircraft’s approach being an experience in itself, your arrival will literally stop traffic (no, seriously).

The main road onto the peninsula intersects the runway so cars and pedestrians often have to wait for planes to touch down or take off before they can scurry across to the other side.

Besides landing, here are our picks of the top things to see and do while you’re there.

The first point of order during any trip to Gibraltar should be taking a ride on the cable car to the Top of the Rock. Taking six minutes to reach the summit, the views of three countries and two continents from the terraces at the Top Station are well worth the climb.

As well as the enclave below and the surrounding Costa Del Sol in Spain, you can gaze across the Gibraltar Strait into Morocco. The Top Station is also one of the homes of the Rock’s famous residents, the Barbary macaques.

While their presence is a novelty to tourists, do exercise caution when you’re around them. As well as being light-fingered, they can also attack if they feel intimidated or if you have food visible.

It’s said that when the macaques - which were believed to have been introduced from North Africa centuries ago - disappear, the British will leave Gibraltar. The hirsute dwellers at the Top of the Rock are going nowhere fast at present though.

One of the best spots to see them is Apes' Den, a nature reserve at the Middle Station (this cable car stop is only opened seasonally, though).

Nearby Isla de las Palomas in Spain claims to be Europe’s most southerly spot. But don’t let this discourage you from visiting the tip of the peninsula which the locals call Europa Point.

From this vantage point near Trinity Lighthouse, you can watch as ships cross from the Mediterranean into the Atlantic or look towards the horizon and North Africa beyond. Europa Point is also significant as it is the location of two of the territory’s most important religious sites: Ibrahim-al-Ibrahim Mosque and the Roman Catholic Shrine of Our Lady of Europe.

Almost like a small city inside the Rock itself, over 35 miles of passages, halls, and storage spaces lay buried inside the peninsula’s most prominent landmark. The first tunnels were excavated in the late 1700s during the Great Siege launched by Spanish and French forces, with additions later dug out and blasted during the Second World War, mining techniques having significantly advanced.

The labyrinthine - and often claustrophobic - tunnels are a must-visit but bring comfortable shoes: it’s an arduous climb back up to the surface.

After a busy day climbing up and down the peninsula’s steep hills and steps, rest and refreshment are called for. Given the climate, café culture is a big part of life on the Rock and its epicentre is arguably Casemates Square, Gibraltar’s largest plaza.

Taking its name from a British barracks that took up most of the square, the surrounding buildings now occupied by bars and cafés were once ammunition stores.

Just off Casemates is the start of Irish Town, a pedestrianised district behind Main Street where you’ll find your pick of places to eat, particularly for traditional British fish and chips.

The British enclave is less than 7 km squared, so the beaches you would normally associate with Iberian coastlines are somewhat lacking. There are, however, half a dozen beaches that can offer a small taste of a more typical Mediterranean break.

Eastern Beach by the airport is the largest and most popular because it gets sun for most of the day. For that reason alone, it can get overcrowded. You’re more likely to mix with locals at the smaller Catalan Bay beach further down the coast. The pastel-painted rows of houses and seafront restaurants are also a big draw.

Please note that there are currently travel restrictions in place due to COVID-19. Depending on when you visit, hotels, restaurants, and other facilities may be closed. Always check government advice before making any bookings.