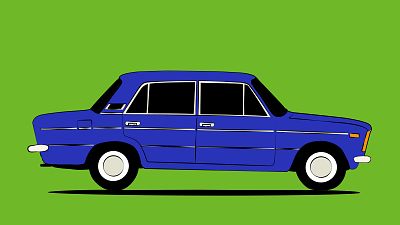 A Lada with its bonnet up and its engine on show might illicit some jokes about this particular vehicle’s reliability.

But for Cuban owners of the old Russian classic, these cars inspire real passion. They are the island's most prevalent Soviet-era legacy - and late last year, a group of owners founded the Lada Cuba Club.

What is Lada Cuba Club?

In less than four months - despite the limitations of the pandemic - the Lada Cuba Club has already attracted 140 members.

"In Cuba, Ladas are the cars we have at our fingertips, they are the cars we manage to have, that's why we have so much love and affection for them," says Carlos Rodriguez, President of the Lada Cuba Club.

"The reality is that it is very complicated to have a Lada in Cuba, that's why we take good care of it. I take care of it as if it were my son."

Ladas are a status symbol for their owners, who must perform engineering miracles - sometimes at great expense- to keep them moving. Spare parts must be imported from Russia or Panama through mules, people who hand-carry goods into the island. Some of these parts are even made by hand.

Maintenance worker Alexander Aguirre drives a 1976 blue Lada that belongs to his father-in-law. He says he’s proud that the vehicle has survived with its original parts intact.

"When I walk down the street and everybody looks at me, it is a satisfaction to be seen (in my Lada) with the effort I have made to keep it so original. It makes me emotional," he says.

The history behind the Lada

US sanctions which began in the 1960s made auto parts scarce and put a complete halt to imports of American-made cars. Cuba turned to Russia, and the first Ladas arrived on the archipelago in the late 1960s and early 1970s.

The authorities never made public the actual number of the Cuban vehicle fleet. Figures estimated by experts indicate that between 80,000 and 100,000 Ladas entered the country.

A Lada 2107, among the last that was made until discontinued by the Russian firm AutoVaz at the end of the last decade, can cost between 17,000 and 21,000 euros.

That’s a small fortune to the inhabitants of the island, who have an average salary of 130 euros, but much less compared to 50,000 for those that the State sells from vehicles retired from tourism rentals.

"In today's Cuba there are still many features of the Soviet Union, from the economic mistakes that have nothing to do with the Ladas, but also things of our society and idiosyncrasies," says Benito Albisa, a member of Lada Cuba Club.

Lada Cuba Club meets for social activities like donating blood, assisting each other when someone has a mishap - even a crash - or just trading quick-fix tricks and parts.

Recently, members gathered with their vehicles at a carwash in the Marianao neighborhood of Havana.

They gave their cars a collective bath, talked about mechanics, joked and showed each other's progress, before driving out together, honking their horns.

Green list travel: A trip to Bulgaria is full of suprises

A guide to the strangest Easter traditions from around the world

‘It’s not impossible’: Meet one of India’s pioneering female pilots