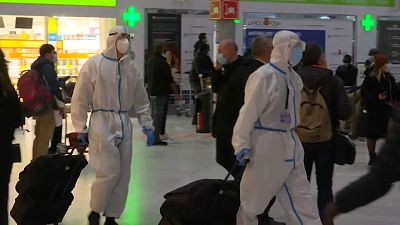 Tens of millions of European consumers are still waiting for refunds from airlines. Many of these travellers accepted a voucher after their flights were cancelled from March 2020 onwards, but with many restrictions in force across Europe, international travel is still problematic. So could those travellers now be entitled to cash instead?

Simon Calder is the travel editor of The Independent in London:

"I believe as many as 100 million tickets were bought for flights from or within Europe that were subsequently cancelled due to the coronavirus pandemic. That represents perhaps €7bn in value."

"As soon as an airline cancels the flight in Europe, it is supposed to offer passengers a full cash refund within a week. But that did not happen, and many passengers accepted vouchers instead. Since the cancellations began as long ago as March, a voucher valid for a year could soon be about to expire, with a few opportunities to use it on a meaningful and indeed legal trip," Calder goes on.

"And apparently with support from their respective governments, Air France and KLM of the Netherlands were telling cancelled passengers at the start of the crisis, basically, we insist you take a voucher but if you haven’t redeemed it within a year we will give you a cash refund”.

Watch Euronews' full interview in the player above.