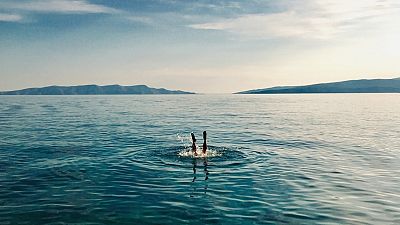 Living a few days without a car is a bliss, a reminder of all we’ve lost - rather than gained - with progress. When we were cave men we walked around on our own bare feet, then got smarter and used animals to pull charts. Later on, perhaps out of whim and laziness or just to make a profit, we invented engines.

But there’s an atoll in Croatia that has stayed primitive and preserved its green soul, faithful to a simple lifestyle bonded to nature. After all, that’s what modern luxury pursuit is all about.

Susak, 3.8-square-kilometres, is a tiny island frozen in time. Imagine being thrown back to the 1700’s, wandering through old stone and wooden cottages along winding mule paths that cut through a lush vegetation. And it’s not just the pristine scenery that stands out. Locals still speak an archaic tongue (a mix of ancient Croatian with Italian and French twists, hard for anyone to understand), they wear traditional embroidered clothes and have forsaken engine vehicles. It’s like stepping into another world.

Only 180 souls live here all year round. Susak is practically a ghost isle, and that’s its fascination. Prepare for some healthy physical exercise. There are no roads as no cars allowed on the island, only donkey paths that unwind across green rolling hills, connecting the harbour with the upper part of the ancient village. Susak is dubbed the sandy island for its white baby-powder beaches. To get to one inlet to another you either swim, trek, or hop on a bike or the back of a donkey, which remains the main means of transportation.

The best way to explore this off-beat, secret jewel is by riding one of these funny quadrupeds that match the surrounding wild nature and know how to climb up steep rock paths. When I jumped on a sturdy, fat mule for a one-hour guided tour at first I wished I had given it a second thought. Despite the adventurous thrill, staying glued to the back of a donkey is harder than riding a horse.

You need to watch out: donkeys are far from being stupid animals, as most people believe. Unlike horses, donkeys seem to have a knack for making fun, deceiving and scaring the hell out of you. At each step forward they seem to fall but always land on their knees and rise up again. But once you get the hang of it a donkey ride gives an adrenalin twist to your eco-conscious holiday.

Susak is a niche spot luring nature amateurs in need of a break from modernity, daily city noise, the unbearable sound of running cars and the nasty gases engines produce. Most love to camp. The isle has always had a healing power. Once a Roman settlement renown for its delicious grapes and wines that cured digestion issues and low blood pressure, it was also used in the past as a natural spa site. Iconic Bok Beach's shallow waters and hot sands are ideal to soothe aching bones and respiratory problems.

The pungent scent of oregano, that grows in abundance, will fill your nostrils as the soft sea breeze blows through your hair, making you inhale pure oxygen thanks to the lack of smog. As background music, just nature’s sounds.

So if you’re after a detox, unplugged stay Susak beats all remote Mediterranean isles. Forget banks and ATMs, there’s just a post office to mail your holiday cards to friends and relatives. A few restaurants serving mainly traditional lamb specialities and only one hotel with a handful of rooms. The best way to fully savour Susak’s slow lifestyle and mingle with locals is renting old farmer and shepherd dwellings restyled into cozy studios with panoramic sea-view terraces.

The remoteness keeps mass tourism at bay and is a guarantee of sustainability. As for all faraway paradises getting here is not easy. You must fly to Zagreb or Split, then take another plane to Krk in Rab island and hop on the speedboat to Mali Losinj island from where, finally, a ferry takes you to Susak.

Odysseys can take place even within narrow spaces, lost in the shimmering blue sea of Croatia. Because often, a donkey ride is the only way to escape the stench of modern times and keep dreaming.

From Sharjah to Fujairah: The five most beautiful hidden emirates