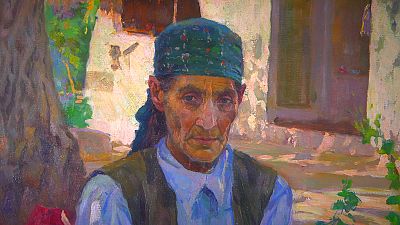 In Postcards from Uzbekistan this week we visit the State Museum of Arts in the capital Tashkent.

Visitors to this country come to see the stunning historic monuments, but it is also well worth it to check out museums like this one.

Euronews’ Seamus Kearney reported: “The museum offers visitors the chance to trace Uzbekistan’s history and cultural life, with more than 3,000 exhibits of everything from ceramics to paintings, spread out over four floors.”

The objects bear witness to this nation’s development in the heart of Central Asia and its role as a major stop on the ancient Great Silk Road.

“This is the first and oldest museum of arts in Central Asia and it opened in 1918,” Mukhtaram Shukhtarova from the museum told Postcards.

“It has a variety of objects that date from between the first century and modern times.”

And revealing many different impressions of Uzbekistan’s history, there is a large collection of paintings both by local and foreign artists, including many from Russia.

A new way of looking at the world. Five 360° videos reveal secrets of Uzbek treasures https://t.co/RppNfYVIVA