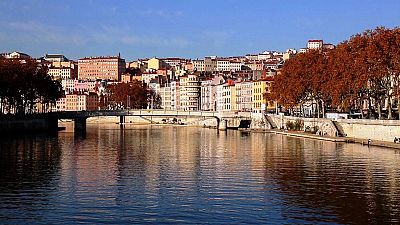 Over the past 10 years the French city of Lyon has been undergoing a transformation, with a major regeneration programme to “reclaim for the people” the riverbanks in the city centre.

Some say the work was long overdue and it was incredible that France’s second-largest metropolitan centre was not making the most of one of its greatest features.

Lyon has two major rivers that flow through it, the Rhône and the Saône, and for years the riverbanks in the city were used for the likes of large, ugly car parks or were simply left abandoned.

But all that is changing. Extensive work has been carried out on the banks of the Rhône, with walkways, fountains and cycle paths; they are now attractive places to hang out and are proving increasingly popular.

And the same kind of work is now being carried out along the Saône.

Millions of euros is being spent to beautify the riverbanks, with continuous nature walkways that cover many kilometres, from one side of the city to the other, and also way out to surrounding countryside.

There are modern benches, with places where you can even lie down, as if in a deck chair at the beach. And for joggers, there has never been a more suitable spot in Lyon.

Another major feature of the redeveloped Saône riverbanks is the placement of works of art. Numerous international artists took part in the project.

The scores of African masks attached to the wall between the district of Vaise and Ile Barbe, for example, is the work of Cameroon-born artist Pascale Marthine Tayou, who lives in Belgium.

Benches that appear to have kept growing and growing are the work of an Argentinian artist living in Paris, Pablo Reinoso.

And a popular statue in front of the city’s main court building near Old Lyon is called “The Weight of Oneself”. It was made by two Berlin-based artists: Danish-born Michael Elmgreen and Norwegian-born Ingar Dragset.

The statue looks like a man saving another from drowning, but actually he is holding himself, a symbol of civic and individual responsibility, both of which are debated in the courthouse every day.

And the regeneration of the Saône riverbanks is far from over; more work is planned right in the heart of the city, where further car parks will be removed to make way for extra public space beside the river.