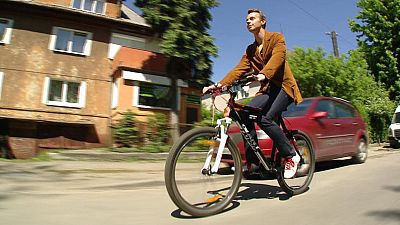 Russia’s Kaliningrad region is believed to hold more than 90 percent of the world’s total amber deposits. This beautiful gemstone is the region’s main tourist attraction, but people come here for outdoor pursuits. Biking, yachting and kayaking can all be enjoyed along the scenic Baltic coasts.

But the most unusual characteristic of this special region is the fact that Kaliningrad is completely isolated from the rest of Russia. This 15,100 sq. km piece of land is completely surrounded by other EU countries. For about one million local inhabitants, that makes their region very special – in fact, they are hoping to become a test ground for eventual visa-free agreements between Russia and the EU. Although all of Kaliningrad’s citizens are either descendants of newcomers or newcomers themselves (the whole population of this area was replaced after the Second World War, when the formerly German territory was taken over by the Soviet Union), the people of Kaliningrad feel very attached to their homeland and its long cultural heritage. Most famously, the philosopher Immanuel Kant was born here in what was then known as Koenigsbergin in 1724.

The city is proud of its two unique museums – the Amber Museum and the even more impressive World Ocean Museum, which features real vessels moored on the bank of the Pregel river. There are some surprisingly classy restaurants, where prices are around three times lower than in Moscow.

Inside Kaliningrad, Russia's exclave at the centre of EU sanctions row