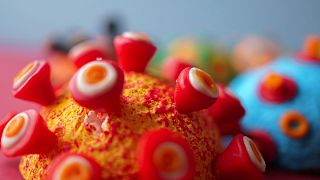 Researchers have dicovered that some creatures can consume and thrive of viruses.   -  Copyright  Canva
By Oceane Duboust  •  Updated: 02/01/2023

All creatures will consume organic matter in one way or another. But there is something new on the menu: viruses.

Researchers have discovered that some creatures can consume and thrive of them and they have been given the name ‘virovore’ - aka an organism that eats viruses.

The discovery was made by John DeLong, a microbiologist at the University of Nebraska-Lincoln in the United States and his team.

The study published last Tuesday (December 27) states that two plankton organisms - Halteria and Paramecium - can be fed viruses only and thrive. In the case of a single-cell being means replicating and, therefore, increasing the population.

And that makes sense. “[Viruses] are made up of really good stuff: nucleic acids, a lot of nitrogen and phosphorous,” said DeLong.

“Everything should want to eat them. So many things will eat anything they can get ahold of. Surely something would have learned how to eat these really good raw materials,” he added.

Viruses are omnipresent. It is estimated that they represent 0.2 gigatons - more than three times the weight of humans.

However, scientists tested this phenomenon with a specific virus: Chlorovirus, a type of virus that is widespread in freshwater with algae. Researchers checked the “trophic relation” - regarding the food web - by making the DNA of the viruses fluorescent. The vacuoles of the bacteria started to glow soon after.

If Halteria is the first discovered virovore bacteria, it is probably not the only one as millions of types have yet to be discovered.

Scientifically, this is a first that changes the way viruses: from pathogens agents to key elements of the food web. It could also change the way we evaluate carbon cycle,which viruses can influence massively.