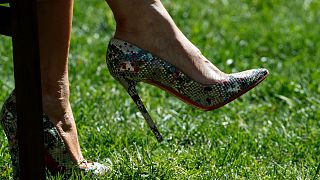 Retail giant Amazon could be held responsible when third-party sellers misuse trademarks on its site.

The European Court of Justice (ECJ) made the ruling on Thursday, after courts in Belgium and Luxembourg asked for its opinion on a case raised by French shoemaker Christian Louboutin in 2019.

Louboutin argued that Amazon was breaching trademark rights by capitalising on its trademark red sole and enabling third-party sellers to offer “identical” products without the brand’s consent.

"Amazon itself makes use of the sign registered by Louboutin where the user of its site has the impression that it is Amazon which is marketing, in its name and on its behalf, shoes of the trademark," said an ECJ press statement.

The ruling could cause more brands to challenge Amazon.

Will Amazon be prosecuted?

While the ECJ has made its stance clear, it does not decide the final result of the case, which is being taken back to the courts in Luxembourg and Belgium.

The verdict does not decide the Louboutin case, which will revert back to the courts in Luxembourg and Belgium. But the opinion is binding in the EU from now on.

Despite still awaiting the final outcome, Louboutin chief Alexis Mourot seems to be taking it as a win anyway.

"This is a victory for all the brands that defend their expertise,” he said in a statement.

The result will likely have repercussions for how Amazon displays products from third parties on its site, in the wake of many major brands’ ongoing concerns about counterfeit products.

FTX latest: Bankman-Fried extradited to US and two others plead guilty