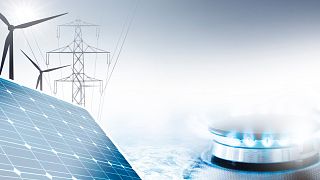 Norway is a powerhouse when it comes to clean energy start-ups, but the country is at odds with its position as a world leader in petroleum and natural gas exports.   -   Copyright  Canva
By Pascale Davies  •  Updated: 07/12/2022

Norway is a powerhouse when it comes to clean energy start-ups, but the country is at odds with its position as a world leader in petroleum and natural gas exports.

It is a contradiction that has come into sharper focus this year since the war in Ukraine and the energy crisis.

A NATO ally and European Free Trade Association (EFTA) member, Norway has proven to be a lifeline to the European Union by becoming the 27-nation bloc’s biggest natural gas supplier since Russia cut its gas supplies.

The majority of revenue from Norway’s oil and gas production is kept in a sovereign wealth fund, which keeps the money for Norwegian citizens and is used in times of economic instability.

Since its creation in the 1990s, it has amassed over €1 trillion.

Much of the gas and petrol is exported and the bulk of energy used in the country comes from renewables. But how is Norway grappling with the country’s energy paradox?

Energy generated from biological waste holds a lot of promise but the expense and the time it takes have put many off.

But Oslo-based company Antec has designed a technology that can convert biowaste into biogas - a renewable source of electricity and clean heat - which produces energy five times faster and cheaper than regular biofuel technology.

“My father was one of the first people working at Statoil,” said Antec CEO Eirik Gundersen, referring to the company which is now called Equinor, Norway’s state-owned multi-national oil and gas company.

“So that [oil and gas] was the talking around the table. And then I had my own kids and I thought we cannot live like we are now. It makes no sense,” he told Euronews Next.

Gundersen then met his two co-founders, who have backgrounds in biology and microbiology, and they started the company in 2010 when green energy was not even in our lexicon.

Fast-forward to July 2022 and Antec opened the country’s first renewable biogas plant in Stord, Western Norway, alongside the company RENEVO.

Using raw materials from the local fisheries, aquacultural and agricultural sectors, the plant will provide the surrounding region with renewable, clean energy for fuel, liquified biomethane and organic fertiliser for the agriculture sector.

Gundersen said Norway has shifted its mentality to focus more on clean energy.

“From 2019/2020, Norway is starting to talk about the green shift and the global climate challenge,” he said.

“And we were lucky in a way because the market is going with us and a lot of companies and the government want to see us succeed”.

Proud ‘but we are still an oil and gas producer’

Investors are also riding the green energy train, which has also partly been fuelled by Russia’s war on Ukraine.

“It's been important for a long time to invest in and it has, of course, been accelerated now with the crisis in Europe and Ukraine, and I think with the high energy prices that we're seeing, it will become more of a trend,” Reynir Indahl, managing partner of Norweigan investment group Summa Equity, told Euronews Next.

“I think the whole transition to renewable and green will go faster,” he said.

Although we can be very proud that we are energy efficient and going green in Norway. We are still an oil and gas producer.

But the clean energy transition still needs time and patience until we become less reliant on oil and gas. And Norway has provided a lifeline to Europe in providing natural gas to the bloc since Russia cut off its supplies.

Nevertheless, another big debate in Norway is whether gas exploration should continue.

In November, Equinor and its partners announced it would invest 14.8 billion Norwegian kroner (€1.44 billion) in developing the Irpa gas discovery project in the Norwegian Sea, which aims to produce around 20 billion cubic metres of natural gas for export to Europe.

“Although we can be very proud that we are energy efficient and going green in Norway. We are still an oil and gas producer,” said Indahl, adding that new explorations are an area where the country “doesn’t align politically” and where the country should be more aggressive.

‘Russia's invasion of Ukraine has changed the energy landscape’

But with the war and the energy crisis, it is hard to shift just to clean energy.

“Russia's invasion of Ukraine has changed the energy landscape in Europe forever, and there is sort of no going back to the pre-war status,” said Norway's state secretary in Norway's petroleum and energy ministry Andreas Bjelland Eriksen.

Russia's invasion of Ukraine has changed the energy landscape in Europe forever, and there is sort of no going back to the pre-war status.

However, progress is being made as EU countries cut gas demand by a quarter in November, according to commodity analytics company ICIS. This is partly due to a warmer autumn but also because of alternative energy sources.

Norway is leading efforts to reduce greenhouse gas emissions by diverting away from oil and gas.

“I think it's hard to see that there are many places where it's more natural to continue to import gas from in a European context than from Norway,” said Bjelland Eriksen, adding that the country already has the infrastructure and the lowest emissions from production and is working to continue cutting them.

“So, I do not necessarily think that there is a sort of a difficult balance between being a gas supplier to Europe also going forward and helping in the energy transition,” he added.

“But I think what we need to continue supplying Europe with gas and develop the new technologies that will play a role in the energy transition”.

One of the new technologies Bjelland Eriksen is enthusiastic about is hydropower given the country’s geography. It also has pedigree in hydro energy, something that was developing even before Norway’s oil and gas boom of the 1960s.

Wind is another renewable that the government is harnessing.

In May, the centre-left government, which has come under fire from environmentalists for continuing to support the oil and gas industry, set a target to develop 30 gigawatts (GW) of offshore wind capacity by 2040.

But some say that the efforts by the government to use wind and solar as renewable energies could have come in much sooner.

“I guess we've had this almost smug view that we don't have to add any new renewables and we've been sluggish on our development on wind power and we've been sort of arrogant towards solar power, believing that it can only be used in the Equator,” Andreas Thorsheim Ceo of solar panel installation company Otovo, said.

But solar can be used in many climates, even in countries like rainy Norway.

Thorsheim said that despite few homes and businesses in the country having solar panels and wind power capacities, it is“extremely fast to develop”.

He said that while Norway is discussing revamping the nuclear programmes, it will not help the current energy crisis.

“That's going to be great for the next energy crisis in the 2040s. But the one we're having now, it's going to have to be solved by solar and wind,” he said.

Thorsheim also believes the government can better fund these renewables by selling off some of its 67 per cent shares in Equinor.

“Now would be a good time to allow for the Norwegian government to sell off the assets in Equinor that aren't in Europe and to use the proceeds of all of this windfall mega gain for Norway,” he said.

As well as using such proceeds for renewable energies, he also said it could be used “for the parts of Europe that are the most affected by this crisis and Ukraine in particular, they're going to have to rebuild their electricity sector, and I hope we can be big contributors to that”.

‘People want to work for the company involved in green energy’

As for green hydrogen, which is one of the renewable energies that the European Union is pushing to meet its climate targets, the company Hystar has developed what it calls the “world’s most efficient PEM electrolysers,” for the production of green hydrogen. The process for producing green hydrogen is water electrolysis, which effectively splits water electrochemically into hydrogen and oxygen.

The growth of Norway’s renewable and clean energy companies has also changed the employment market.

“Ten years ago, everybody wanted to work for the big oil and gas majors,” said Hystar’s CEO Fredrik Mowill, who has worked in the clean energy sector for 20 years.

“Just getting people, including graduates, is a lot easier now. People want to work for the company involved in green energy”.

But those who have previously worked in Norway’s oil and gas industry have also changed to work in the renewable and green energy sectors.

“That's been my life in the oil and gas industry. I have actually been an offshore installation manager,” said Maria Moræus Hanssen, chairperson of the board of Wastefront.

“Now, sitting on the outside, I don't want to necessarily be in that group that just sits and criticises. That's not me. I want the industry to change and I want all the employees to be able to make that transition”.

The company recycles end-of-life tyres into commodities such as liquid hydrocarbons and carbon black, which can then be used for alternative fuel manufacturing or even to produce ground rubber.

“I'm super grateful for my career and let's recognise it. I mean, most nations are extremely grateful for the wealth that this industry has provided us with,” she said, adding that the whole oil and gas sector is a relatively clean type of industry in Norway.

“I think most people are quite comfortable with having these two thoughts in their head at the same time”.

Norway’s digital currency experiment: What is it and how does it work?