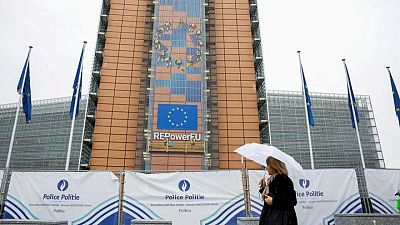 LONDON – European Union policymakers are considering extending some of the tough rules applied to banks to commodity firms to prevent a re-run of the problems they faced in meeting collateral payments after this year’s gas price surge, a document showed.

Commodity markets have long been governed by relatively light regulation, but the EU document seen by Reuters said waivers for big commodity players from rules that govern banks could be scrapped.

The latest push for tighter scrutiny follows price spikes ilnked to Russia’s war in Ukraine that forced governments to help when utilities and traders were unable to meet margin call requirements to cover their derivatives positions.

The European Commission, the EU executive, is expected to set out proposals next month to update its European Market Infrastructure Regulation (EMIR) to ‘incentivise’ clearing in euro swaps to move from post-Brexit London.

“Recent events in commodity markets have highlighted targeted areas where there may be merits in improving the EMIR framework,” the European Commission informal document prepared for a meeting on Tuesday of EU member state officials said.

The Commission has already taken immediate steps to help energy markets, but the paper said it was looking for medium-term “structural solutions”.

Ideas include clearing houses having separate accounts for financial and non-financial customers to avoid “commingling of risk”, though this could be costly to implement.

Clearing houses, which stand between buyers and sellers to ensure completion of a trade and collect margin, could also be required to have a separate default fund for their commodities business.

Other ideas include better reporting of data on positions to regulators, and limiting membership of clearing houses to banks, given they have access to liquidity in a crisis, or set tougher criteria for commodity firms that want to join.

Clearing members could also be required to explain better to non-financial customers such as energy companies how margins can rise sharply in times of market turmoil, the paper said.