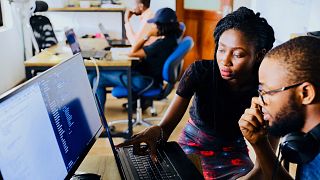 For young professionals who have been through any type of education in the past decade, the ever-evolving technology sector has often been cited as a good option if you want a career for life.

But now, over half of those workers are thinking of leaving their jobs, according to newly-published research.

A new survey from HR software company HiBob has analysed more than 2,000 20-30 year olds across Europe - research which uncovered that over a third of those working in tech are unhappy in their current role.

The survey looked at workers from European countries including the UK, Ireland, Netherlands, Germany, Sweden, France and Spain. Respondents worked in sectors ranging from fintech and health tech through to consumer and gaming.

In the midst of the economic crisis, many companies are making cuts. And the job security promised to many as they first embarked on their careers in the techsphere is proving to be more tenuous than anyone could have anticipated.

This, coupled with an often high-pressured and stressful working environment, is leading to the younger generation of tech professionals becoming disillusioned with their work.

What are the main issues being faced by young people working in tech?

The key takeaway from the study showed that job security is the main concern among these young professionals.

As we navigate uncertain times for the global economy, even previously thriving tech companies are feeling the pinch, including giants like Microsoft who this month announced significant staff cuts to cope with the economic downturn.

Tech is famously the sector where unicorns and start-ups reign supreme - and such businesses often provide young tech workers with a foot in the door. However, at times like this, they also come with a lack of security as small businesses do what they need to do to survive.

Another key point highlighted by HiBob’s research is the lack of job satisfaction in tech roles. A third of those interviewed for the survey stated that their experience is “below expectations”.

Reasons for this extend to tension created by flexible working models. While many participants stated that the ideal company to work for is a startup with good and flexible work arrangements, they also referenced that they feel like not being in the office impacts working relationships.

What should tech companies be doing differently?

HiBob’s report notes that the most important thing for the survival of tech companies on a global scale is to invest in and empower its younger generation.

Tapping into what motivates their workforce, how they can support and develop careers and giving them a sense of stability and belonging are key factors in helping people to stay in their current roles.

Will Elon Musk bring back Vine?

New study finds life could be dormant under Mars' surface