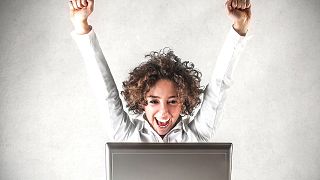 Hoping to negotiate a four-day workweek? Most companies surveyed in the UK, France, Germany and Belgium are now open to the idea, says recruitment firm Robert Half.   -  Copyright  Canva
By Natalie Huet  •  Updated: 14/10/2022

A shorter workweek has become a dream for many exhausted workers – and in several European countries, it may become a reality sooner than thought.

After nearly three years of a pandemic that further blurred the lines between work and private life, the Great Resignation saw people leaving their jobs in droves. Some have since returned as “boomerang workers” while others have stayed put but opted for “quiet quitting”.

Now the topic trending in the workplace is the four-day week – four days of work, three days of rest, at full pay. And it’s not just a workers’ fantasy: employers are actually listening.

Among 1,200 managers surveyed by recruitment firm Robert Half across the UK, France, Germany and Belgium, more than half said they are either already offering or considering offering the option of condensing the same number of weekly working hours over four days instead of five.

About one-fifth said they already gave their employees this option of a four-day workweek, and one-third said they were considering offering it within the next 12 months.

The idea is undoubtedly gaining traction across Western nations.

After experiments in Spain, Japan and Iceland, companies in the UK are now over halfway through a six-month trial of the four-day week (at full pay), and it’s been going so well that many of the companies enrolled now plan to make it permanent.

In Belgium, a new law will soon give employees the possibility of squeezing their statutory 38 working hours into four days instead of five – if their bosses agree. Among the 300 managers surveyed by Robert Half in the country, 54 per cent said they were open to it.

But the fact that employers are also warming up to the idea in France is telling.

The country already has one of Europe’s shortest working weeks – 35 hours instead of 40 for most of its neighbours – and the idea of making it even shorter was long viewed with scepticism.

That was before COVID-19 and the shift to remote work showed employees could still be productive even amid the comfort (and distractions) of their homes.

“Before COVID, there was perhaps a lack of trust between employers and employees,” Dany El Jallad, Vice President for Strategic Accounts at Robert Half, told Euronews Next.

“Now that workers have shown they can be productive while working from home, they may be able to show that they can also adapt to a four-day week and be even more productive”.

Recruiters are mostly warming up to the idea of a shorter workweek because it’s a growing demand from candidates, El Jallad said.

“I can tell you that workers will directly head to the company offering more flexible working hours,” he said.

As many companies struggle to retain their employees and find new hires, it’s a jobseeker’s market these days - meaning candidates are able to negotiate better terms.

This flexibility is not limited to a four-day week: 34 per cent of managers surveyed in France said they’re considering contractually allowing their employees to finish the day earlier on Fridays, and 35 per cent are considering offering extra days of annual leave.

Of course, “considering” offering more flexible hours doesn’t mean this will necessarily happen or work out for the companies involved, El Jallad said.

“Maybe there will be operational difficulties setting this up, and the employers already trialling this may not have enough hindsight to realise it may cause them issues. But what these figures mean is that they’re aware this is a big topic, and they’re thinking about it”.

In data: Soaring inflation has pushed minimum wages across Europe down