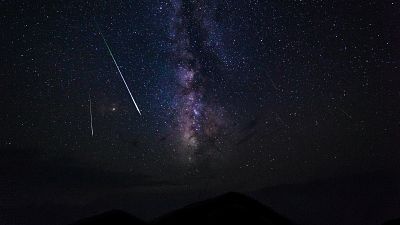 Rare space diamonds found in meteors are believed to have come from an ancient planet in our solar system   -   Copyright  Unsplash
By Luke Hurst  •  Updated: 14/09/2022

Rare space diamonds found in meteors in west Africa are believed to have come from an ancient planet in our solar system - but their incredible resistance could make them useful in industrial applications here on Earth.

Scientists think that the diamonds - called lonsdaleite - came from a dwarf planet that was smashed by a large asteroid around 4.5 billion years ago.

The diamonds are found in rare meteors on Earth, called ureilite meteorites, and a research team claims they have now confirmed the existence of lonsdaleite in nature.

"We have also discovered the largest lonsdaleite crystals known to date that are up to a micron in size – much, much thinner than a human hair".

Lonsdaleite are thought to be even harder than diamonds, and they could be used in industrial processes such as mining.

"We think that lonsdaleite could be used to make tiny, ultra-hard machine parts if we can develop an industrial process that promotes the replacement of pre-shaped graphite parts by lonsdaleite," said Professor Andy Tomkins from Monash University, who led the study.

Lonsdaleite is named after the famous British pioneering female crystallographer Dame Kathleen Lonsdale, who was the first woman elected as a Fellow of the Royal Society.

Formed after a 'catastrophic collision'

The scientists believe the diamonds formed in very particular conditions, just after a catastrophic collision between the dwarf planet and a large asteroid.

A dwarf planet is like a planet, with a mass large enough to become roughly round in shape, but not large enough to have gravitational pull sufficient to dominate its neighbourhood, clearing it of other celestial objects other than its own satellites.

In our solar system, Pluto was downgraded from a planet to a dwarf planet in 2006, because it is not gravitationally dominant in its neighbourhood.

The scientists believe that the lonsdaleite was formed from the mantle of a dwarf planet, smashed to bits 4.5 billion years ago, which was around the time the Earth was formed.

Their research has provided insights into how lonsdaleite and regular diamonds formed.

"There’s strong evidence that there’s a newly discovered formation process for the lonsdaleite and regular diamond, which is like a supercritical chemical vapour deposition process that has taken place in these space rocks, probably in the dwarf planet shortly after a catastrophic collision," McCulloch said.

"Chemical vapour deposition is one of the ways that people make diamonds in the lab, essentially by growing them in a specialised chamber".

The findings were published in the Proceedings of the National Academy of Sciences (PNAS).

Beyond condoms: How birth control is now becoming a male affair