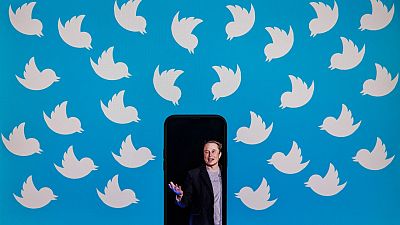 Tesla boss Elon Musk continues to suffer buyer's remorse in his fight to get out of his $44 billion (almost €44 billion) deal to buy Twitter - and he even cited fearing World War III, according to his texts and emails.

On May 8, Musk texted Michael Grimes, the superstar tech banker at Morgan Stanley, “Let’s slow down just a few days. Putin's speech tomorrow is extremely important. It won’t make sense to buy Twitter if we’re heading into World War III,” according to a presentation by William Savitt, the lawyer for Twitter, who read out the message in a court hearing this week.

Savitt said the text was evidence that Musk is looking for any way out of the takeover, and that his initial claims about the number of fake accounts on Twitter were merely a pretext to end the deal.

Twitter is seeking to resolve months of uncertainty for its business as Musk tries to walk away from the agreement, claiming Twitter misrepresented the prevalence of spam or bot accounts on its platform.

A Delaware judge ruled on Wednesday that Musk can use a recent whistleblower's claims in his legal case against the company, but he cannot use them to delay the trial, which is currently scheduled for October 17.

"I am convinced that even four weeks’ delay would risk further harm to Twitter," wrote Chancellor Kathaleen McCormick of Delaware's Court of Chancery.

Musk's legal team had argued in court on Tuesday that justice demanded delaying the five-day trial so it could investigate allegations that Twitter had misled federal regulators about its defences against hackers and spam accounts.

Twitter's former head of security, Peiter Zatko, a famed hacker known as "Mudge," said in a complaint to regulators that the company falsely represented that it had a solid data security plan.

Zatko's allegations, made public last month, provided the world's richest person with fresh ammunition in what legal experts said was a long-shot attempt to walk away from the deal without paying a $1 billion (almost €1 billion) termination fee.

Twitter has sued Musk to hold him to his April agreement to buy the company for $54.20 per share.

The company alleges that Musk simply got cold feet over the deal as global politics and inflation rattled markets soon after the deal was signed.

The deal contract allows Musk to walk away under certain narrow conditions, but a war is specifically excluded.