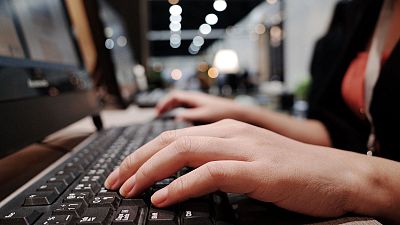 After the success of the campaign to get menstrual leave, is it time to recognise how menopause affect working women?   -   Copyright  Canva
By Giulia Carbonaro  •  Updated: 04/08/2022

There’s such stigma surrounding menopause - the natural phenomenon that generally occurs in the life of a woman (or anyone with a female reproductive system) once she’s no longer fertile - that the topic has long been excluded from being publicly discussed.

Women have been shamed and stigmatised over menopause for centuries, made to feel like the time marking the end of their menstrual cycles also corresponds to the end of their desirability, youthfulness and even value, as ageing women often denounce feeling “invisible” once they’re not perceived as "young" anymore.

In the workplace, this often translates into senior staff being overlooked for promotions, their talent stifled while companies focus on acquiring younger employees.

Most women live through menopause from their early to mid-40s - when they’re usually at the height of their careers - until they left work. Imagine being on top of your game at work while going through hot flushes, night sweats, insomnia, fatigue, anxiety and mood changes. Some of these symptoms can have a debilitating effect for years.

How could you focus on work and perform at your best under such conditions? Most can’t and, often, they don’t.

A survey conducted by the UK parliament early this year found that one in three women were missing work due to menopause, while less than one in three were actually talking about their symptoms at work.

They didn’t talk about these symptoms to anyone at work; not only for fear of the stigma linked to the condition but also because they said they had no idea who to talk to about them.

This is proof that there’s a severe lack of awareness of the condition of women experiencing menopause in the workplace. And the problem goes beyond the UK.

In Italy, INAIL - the country’s national institute for insurance against accidents at work - recognises the problems faced by working women with menopause, but instead of suggesting policy changes in the workplace at the national level, it offers women tips on how to eat better and exercise more efficiently to alleviate symptoms.

"Limiting menopause to a medical and private sphere and the failure to address menopause as a workplace issue is increasingly leading to insufficient protection of female workers and the early exit of women from labour markets, and thereby increase the risk of women’s economic dependence, poverty and social exclusion, contribute to the loss of women’s knowledge, skills and experience, and lead to significant economic losses," a statement on the EU Parliament’s website read.

Spain became the first country in Europe to recognise the right to menstrual leave after its government approved a bill supporting this practice this year. Under the proposed law, women experiencing severe period pain will be allowed to take at least three sick days each month.

Whether we want to avoid these women, trans men and non-binary workers dropping out of the workforce because we’re not ready to make the workplace comfortable enough for their needs will depend on breaking the stigma around menopause and ageing anywhere.

Is surgery in space possible? This tiny robot might be the answer