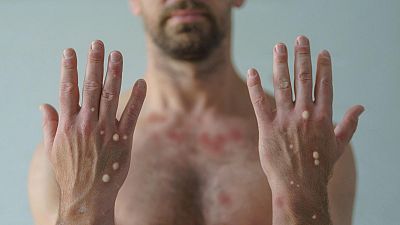 City authorities in New York on Tuesday called on the World Health Organization (WHO) to rename the monkeypox virus, a name that is seen as stigmatising and may cause patients to isolate themselves rather than seek care.

"We have a growing concern for the potentially devastating and stigmatizing effects that the messaging around the 'monkeypox' virus can have on these already vulnerable communities," New York City Health Commissioner Ashwin Vasan wrote in a letter to WHO's Director-General Dr Tedros Adhanom Ghebreyesus.

The latter had already mentioned this possible change in mid-June when Tedros said the WHO was "working with partners and experts from around the world on changing the name of the monkeypox virus, its clades and the disease it causes".

While the WHO said at the time that an announcement on the name change would be made "as soon as possible," there have been no new developments in the month since.

On Saturday, the global body declared an international health emergency over the outbreak, calling it "extraordinary".

According to the city's Health Commissioner, concerns have been raised about "the painful and racist history within which terminology like this is rooted for communities of colour".

In his letter, Vasan recalled the negative effects of misinformation during the outbreak of the AIDS virus (HIV) or the racism suffered by Asian communities after the COVID-19 pandemic, which then US president Donald Trump referred to as the "China virus".

"Continuing to use the term 'monkeypox' to describe the current outbreak may reignite these traumatic feelings of racism and stigma — particularly for Black people and other people of colour, as well as members of the LGBTQIA+ communities, and it is possible that they may avoid engaging in vital health care services because of it," Vasan added.

Anyone can get monkeypox, but since its emergence in Europe and the United States, the virus has been spread overwhelmingly among men who have sex with men.

New York is the most affected city in the US in terms of the number of current cases, with 1,092 infections detected since the beginning of the epidemic.

According to the US Centers for Disease Control and Prevention (CDC), there have been 19,188 reported cases globally in 76 countries as of Monday.

Of those cases, 18,861 infections were noted in countries that have not historically been affected by the virus.