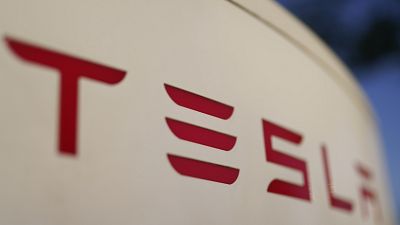 Chief Financial Officer Zachary Kirkhorn said on Wednesday Tesla was still pushing to reach 50 per cent growth in deliveries this year, adding that while the target had become more difficult, "it remains possible with strong execution".

Tesla's second-quarter profit fell 32 per cent from record levels in the first quarter.

But the Austin, Texas, company still surprised analysts Wednesday with a better-than-expected $2.26 billion (€2.23 billion) net profit for the quarter. Tesla stuck with a prediction of 50 per cent annual vehicle sales growth over the next few years, but said that depends on the supply chain, equipment capacity and other issues.

Tesla's sales from April through June fell to 254,000 vehicles, their lowest quarterly level since last fall. But the company predicted record-breaking production in the second half and said that in June it had the highest production month in its history.

Industry analysts had been expecting lower earnings after the lower sales figures and tweets by CEO Elon Musk about laying off 10 per cent of the company's work force due to fears of a recession.

What has Elon Musk said?

In an interview, Musk described new factories in Austin and Berlin as “money furnaces” that were losing billions of dollars because supply chain breakdowns were limiting the number of cars they can produce.

Musk said he expects inflation to start easing by end-2022 and most commodity prices to stabilise.

Tesla does not have a demand problem, but a production problem, Musk told a conference call. He dismissed the idea that global economic problems were hurting interest in Tesla, despite vehicle prices' rising to what he called "embarrassing levels".

But Tesla exceeded Wall Street expectations from April through June with adjusted earnings of $2.27 (€2.22) per share. Analysts polled by FactSet expected $1.81. Revenue was $16.93 billion, beating estimates of $16.54 billion.

Edward Jones analyst Jeff Windau said the earnings were better than expected. He noted that the decrease in automobile revenues from the first quarter was offset by stronger energy storage, solar and services performance.

Musk reiterated the 50 per cent annual vehicle sales growth forecast but said it depends a lot on circumstances that the company might not be able to control.

Windau said the forecast “shows the confidence they have in their ability to grow the electric vehicle market.”

The company said it converted 75 per cent of its Bitcoin investment to government currency during the quarter, adding $936 million (€916 million) in cash to its balance sheet. It spent $1.5 billion (€1.47 billion) on the investment last year. Overall, it booked a $106 million (€103 milion) cost for Bitcoin, plus added costs for employee reductions.

CEO Elon Musk said the bitcoin holdings were sold to raise cash because of uncertainty over how long pandemic lockdowns would last in China. He said Tesla is open to increasing bitcoin holdings in the future.

The price of Bitcoin has fallen about 50 per cent so far this year.

Musk also said Tesla is seeing indications that inflation may decline as prices for most commodities drop. He cautioned against making economic predictions but said commodity prices, such as steel and aluminium, are trending down.

Musk said Tesla’s “Full Self-Driving” beta test software is on track to be released before the end of this year to all North American customers who want to buy it. And with regulatory approval, it will be released in Europe and other parts of the world, he said. Despite its name, “Full Self-Driving” cannot drive itself, and Tesla warns that drivers have to pay attention all the time.

Chief Financial Officer Zachary Kirkhorn said the company is seeing “maybe a little” impact on demand due to macroeconomic issues.

Musk reiterated that Tesla has a vehicle supply problem, not a demand problem, and said it now takes six months to a year to get a new vehicle. He said the company has increased prices to “embarrassing levels” due to inflation, but he hopes to reduce prices a bit.