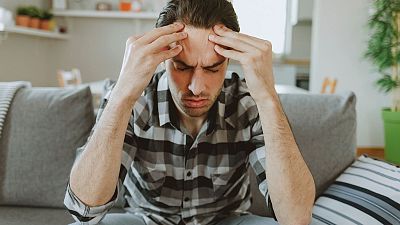 A new anti-hangover supplement, marketed by the Swedish brand Myrkl, has gone on sale in the UK.

Said to be “the pre-drinking pill that works,” Myrkl claims that the supplement can break down up to 70 per cent of alcohol after one hour.

This means that if someone drinks 50ml of 40 per cent spirits, which contains 20ml of pure alcohol, as little as 6ml of the alcohol will enter the bloodstream – equivalent to if a person was only drinking 15ml of spirits.

The manufacturers say the pill fights the onset of a hangover by activating bacteria (Bacillus subtilis and Bacillus coagulans), an amino acid (L-cysteine) and vitamin B12 in the gut, to break down the alcohol into water and carbon dioxide before it reaches the liver.

The supplement is currently available online and costs £30 (around €35) for 30 pills. There are two types of tablets in the product: one designed to be taken 12 hours before drinking and the other taken an hour before the drinking begins.

Researchers from Myrkl’s manufacturer, pharmaceutical firm De Faire Medical as well as the Pfützner Science and Health Institute in Mainz, published a paper last month which showed that taking the tablets before drinking reduced alcohol concentration in the body by half, within just 30 minutes of having a drink.

Is it too good to be true?

However, despite these pills bringing hopes of finally putting an end to weekends ruined by nausea, headaches and regret – many are sceptical of their efficiency.

“As the evidence stands there are no products that can prevent or cure a hangover,” Sally Adams, an associate professor from the University of Birmingham’s School of Psychology, told Euronews Next.

Adams highlights how the science behind a hangover is holistic with many factors at play, making finding a "hangover cure" particularly challenging.

“When we think about hangovers it's easy to think they’re simply from being too dehydrated,” she said.

“It’s dehydration; a headache; a balance or imbalance of electrolytes; stomach and small intestines irritation – these are very complex processes for one product to be able to deliver on,” she added.

“We also don’t know much about hangovers: There are tens of thousands of papers on what happens when you’re intoxicated from alcohol, but the research into hangovers is very limited”.

Joris Verster, the principal investigator at the Division of Pharmacology at Utrecht University and founder of the Alcohol Hangover Research Group, argued that there is little scientific evidence that this product is effective against hangovers.

By email, Verster explained that “it has never been investigated in this context” and that the paper presented by Myrkl only “concerns the acute effects observed directly after consuming one glass of vodka”.

“A lot of ethical questions”

Not only does this product raise questions regarding its legitimacy – Adams notes it also raises “a lot of ethical questions” too.

“If it’s marketed as a product which breaks down alcohol quicker, people might use this who want to drive after drinking,” she warns.

“Also, the way it has to be taken is interesting – 12 hours before you drink and another one an hour before. That requires some really careful planning, which you don’t always have when you go out drinking – sometimes it’s spontaneous.”

Adams also raises the issue of this supplement removing important cues which can be used to assess early the tell-tale signs of alcohol abuse.

“We always talk about hangovers being quite trivial – a fun thing to talk about – but it’s quite serious, it can be a good marker for someone who is developing a drinking problem too,” she said.

Could it cause an increase in binge drinking and alcoholism?

Others have raised concerns that this new supplement could encourage binge drinking.

Martin Preston, Founder and Chief Executive at private rehab clinic Delamere, has warned that “it could result in people abusing this pill as an excuse to binge drink without suffering the consequences the morning after”.

“Nobody likes the feeling [of being hungover] but it’s your body's reaction to consuming more alcohol than it can handle,” Preston said.

“The fact this pill is now extremely accessible means we could easily see a rise in binge drinking with people using this pill as an excuse to consume more, which could be extremely damaging for people’s health and wellbeing”.

“Using this pill as an excuse to drink more could lead to problems such as insomnia which can lead to exhaustion and fatigue, which will lower your quality of life day to day,” he added.

“In more serious cases, it could lead to liver disease or even brain damage”.

“The pill is designed for moderate drinkers who might go for a few drinks and not want to feel it at work the next day for example. However, this could lead to an increase in alcohol consumption throughout the week and lead to moderate drinkers consuming a lot more often.”

Preston also argues that this product could cause alcoholism by allowing people to disguise symptoms of alcoholism and avoid getting help before their addiction becomes fatal.

“Alcoholism could become more widespread as the body will start to adapt to drinking in larger volumes due to regular use of the pill. Drinkers without a hangover the next day might be encouraged to drink yet again that day which could eventually lead to alcoholism,” he said.

In a statement emailed to Euronews Next, Myrkl CEO Håkan Magnusson said the pill “is not designed to alleviate the impact of excess consumption, consumers should not use Myrkl as an excuse to consume more alcohol”.

“If you want to go out and get drunk, Myrkl would make it a lot harder, costing you a lot more. Myrkl’s purpose is to help those regular moderate drinkers to wake up feeling their best the next day,” he added.

The issue of alcoholism, hangovers and the attempt to cure them, is complex and multifaceted. With credit to Myrkl, the brand has acknowledged the importance of drinking responsibly – pledging five per cent of profits to a wide range of charities fighting the harmful impacts of alcoholism.