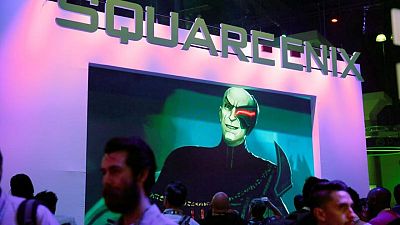 <div> <p>By Sam Nussey</p> <p><span class="caps">TOKYO</span> -Japanese gaming company Square Enix will reduce its developer presence in the West with the sale of the studios behind franchises “Tomb Raider”, “Deux Ex” and “Thief” to Sweden’s Embracer Group for $300 million. </p> <p>The latest of a series of deals in the video games industry, the sale announced on Monday includes studios Crystal Dynamics, Eidos-Montreal and Square Enix Montreal, affects 1,100 employees and is expected to close in the July-September quarter. </p> <p>Square Enix, whose major franchises include “Final Fantasy” and “Dragon Quest”, said the proceeds will be used to invest in areas such as blockchain, artificial intelligence and the cloud. </p> <p>The Tokyo-based company last year said it was reviewing its portfolio to adapt to industry trends such as the focus on the metaverse, or the idea consumers will spend more time in virtual worlds. </p> <p>Embracer, which has a reputation for acquisitions and a war chest of 10 billion Swedish krona ($1.02 billion), said the deal will give it a pipeline of more than 230 games including 30 big budget <span class="caps">AAA</span> titles. </p> <p>“Embracer is the best kept secret in gaming: a massive, decentralised collection of entrepreneurs whom we are thrilled to become a part of today,” Square Enix America and Europe <span class="caps">CEO</span> Phil Rogers said in a statement. </p> <p>The valuation of the assets, including the long-running “Tomb Raider” series that has sold 88 million units and generated a Hollywood franchise with its depiction of archeologist Lara Croft, surprised some industry observers.</p> <p>The price reflects “limited competition for acquisition of the assets, perhaps suggesting some post-pandemic softness in valuations for particular segments,” Piers Harding-Rolls, head of games research at Ampere Analysis, said.</p> <p>“Interest will be curtailed by the lack of live service expertise,” Harding-Rolls added, referring to games that offer continuous, updated play. </p> <p>Titles such as “Tomb Raider” are primarily single player and top games in recent years can require investment comparable to big budget movie productions. </p> <p>“In different timing and circumstances that could have been a different number but now we are where we are and I’m standing here, so I’m super pleased with that,” Embracer co-founder and <span class="caps">CEO</span> Lars Wingefors told a briefing. </p> <p>Sony Group Corp, already a leader in first-player gaming, said in February it will buy “Destiny” developer Bungie and plans to launch at least 10 live service titles. </p> <p>“Embracer believes there will be an increasingly strong demand for high-quality content, including <span class="caps">AAA</span> single-player games, over the decade,” the company said in a statement. </p> <p>Embracer’s shares were up around 2% and have fallen 30% year-to-date. </p> <p>($1 = 9.8474 Swedish crowns)</p> </div>