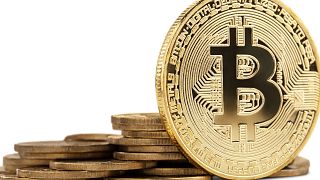 The US sanctions include the first set of penalties against a cryptocurrency mining firm in relation to the war.   -   Copyright  Canva
By Euronews and AP  •  Updated: 21/04/2022

The United States rolled out new sanctions on Wednesday against more than 40 individuals and entities accused of evading the ongoing wave of penalties imposed on Russia as punishment for invading Ukraine.

The sanctions include the first set of penalties against a cryptocurrency mining firm in relation to the war.

The Treasury Department’s sanctions arm designated the commercial bank Transkapitalbank, which has operations in China and the Middle East.

Transkapitalbank is a privately-owned Russian commercial bank that the US says has helped sanctioned clients process dollar payments, by providing an alternative communication channel to SWIFT — the dominant system for global financial transactions.

Malofeyev was also designated for sanctions in December 2014. The treasury said he was one of the main sources of financing for Russians promoting separatism in Crimea.

In a first, the US government issued penalties against a cryptocurrency mining firm in relation to the war.

Digital currency firm Bitriver AG and 10 of its subsidiaries were included in Wednesday's package of sanctions from the Treasury’s Office of Foreign Assets Control.

"The United States is committed to ensuring that no asset, no matter how complex, becomes a mechanism for the Putin regime to offset the impact of sanctions," the treasury said in a statement.

Lawmakers and administration officials have voiced concerns that Russia may be using cryptocurrency to avoid pain from the avalanche of sanctions imposed on banks, oligarchs, and the energy industry in recent months due to the invasion.

Experts say an increased reliance on cryptocurrency would be an inevitable avenue for Russia to try to prop up its financial transactions, but treasury officials have rejected the claim that cryptocurrency could be a major driver of sanctions evasion.

Adam Zarazinski, CEO of Inca Digital, a crypto data company that does work for several federal agencies, says he predicts more penalties against cryptocurrency miners and firms could be forthcoming, as oligarchs and sanctioned individuals find ways to offload their money to avoid sanctions impacts.

He added that the sanctions may not have as grave an impact on Bitriver as the US hopes, because even though Bitriver was sanctioned by the US government, "it doesn’t actually stop Bitriver from doing business — it can no longer interact with the US financial system," he said.

In a statement that was released shortly after the sanctions became public, Treasury Secretary Janet Yellen said "Russia’s invasion is an assault on fundamental international rules and norms and threatens the core of the international order".